i want to Vote now

Your #1 African diaspora terrestrial TV station promoting our values, vision and voice to the world 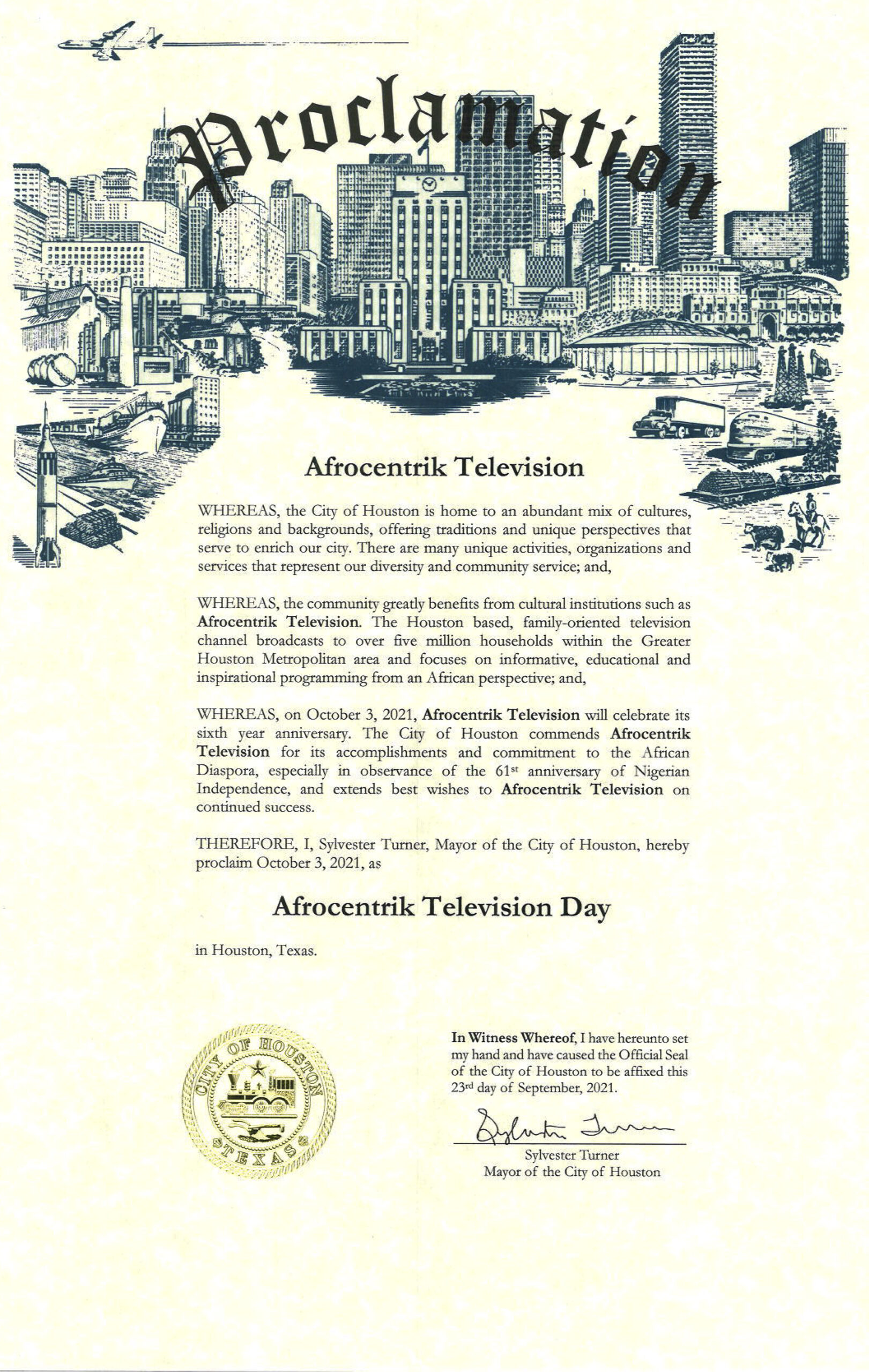 Proclamation from the Mayor of Houston, Sylvester Turner 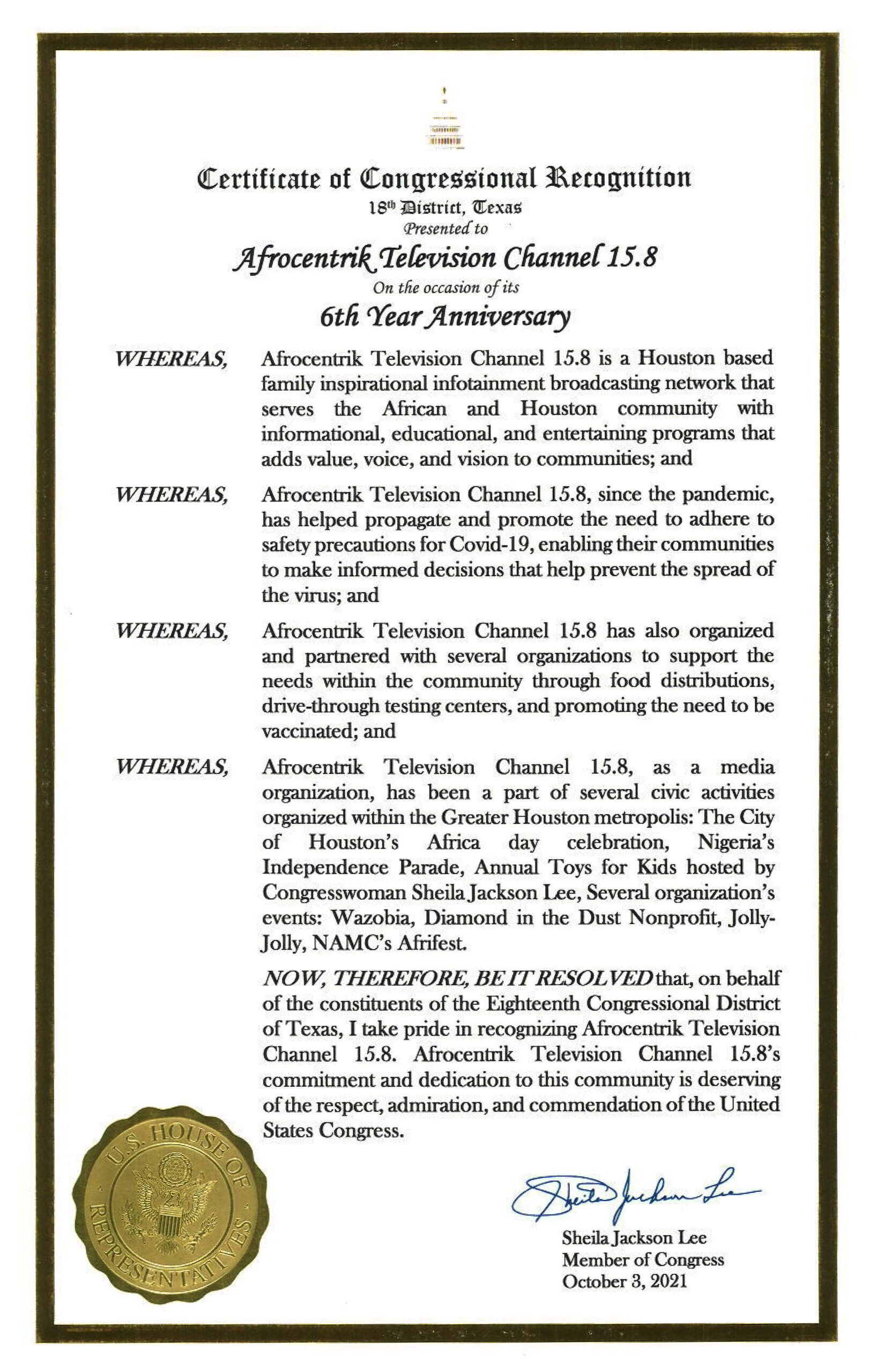 for your favorite businesses and personalities in Houston